People with insomnia typically worry about not getting enough sleep. It’s easy to understand why. The media are are full of stories warning of the perils of insufficient sleep: obesity, diabetes, dementia, cardiovascular disease.

But a study of sleep in 3 traditional societies published in October suggests that humans may need less sleep than we think we do—which should give insomniacs food for thought. 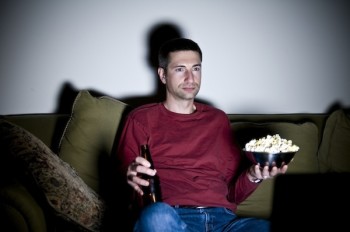 People with insomnia typically worry about not getting enough sleep. It’s easy to understand why. The media are full of stories warning of the perils of insufficient sleep: obesity, diabetes, dementia, cardiovascular disease.

The Centers for Disease Control and Prevention for several years declared insufficient sleep to be a public health epidemic (last year they revised the language to “public health problem”). And according to an estimate set forth in Sleepless in America, a documentary released on the National Geographic Channel in December 2014, Americans sleep considerably less than we did 150 years ago.

But a study of sleep in 3 traditional societies published in October suggests that humans may need less sleep than we think we do—which should give insomniacs food for thought.

Making Inferences About Sleep in Times Past

How did people sleep millennia ago? Has electric lighting really had as negative an impact on sleep as sleep experts claim it has?

The scientists and anthropologists who conducted this study couldn’t travel back in time to assess the sleep of our ancestors. So they did the next best thing: study the sleep of 3 hunter–gatherer and hunter–horticultural societies in existence today. These traditional peoples, who live without electricity or any modern technology, live in equatorial regions of Tanzania, Namibia, and Bolivia.

What They Found Out

The investigators used wristwatch-type devices to measure sleep duration and light exposure for 94 adults over a total of 1,165 days. Following are some interesting findings:

Many people with insomnia say they need 8 hours of sleep a night, and maybe some of us do. Yet although this study by itself is not evidence that we need any less, if it convinced us to revise our beliefs about sleep need downwards, it wouldn’t be a bad thing.

Sleep therapists say that one thing that happens to many insomniacs as their sleep improves is that they let go of the idea that 8 is the magic number. Sleep quality may matter more than the number of hours we get.

Why Such Alarmist Messages?

Sleep isn’t always seen as important—yet it is a pillar of health alongside diet and exercise. But the alarmist tone of some of the messages we hear about not getting enough sleep (“a public health epidemic”), and the fact that healthy sleep is almost always defined as a certain number of hours, is worrisome to people with insomnia and others whose nightly share of shut-eye falls short. How helpful are such messages really?

The cynic in me says the pharmaceutical companies and medical device makers are behind this campaign to insist that we aren’t getting the sleep we need. Because who stands to gain more from convincing us that we’re sleep deprived than the folks who sell Ambien and CPAP machines?

But Americans toward the end of the 19th century were also worried about their sleep. After the Civil War, many were moving off the farm and into the city, where life was more stimulating, and both faster paced and more sedentary, than on the farm. A widely held view was that civilization was evolving faster than the human organism could keep pace with, and good sleep was falling by the wayside.

Are we living in a similar climate today? Do the dire warnings about insufficient sleep fit in with general concerns about the pace of our 24/7 lives, and do they likewise reflect anxiety about social changes and/or fear that we can’t keep up?

I recently attended a talk where the speaker, a photographer, posed a question to the audience. “If you took a series of photos of yourself going about your daily life,” she asked, “are there images you’d feel uncomfortable sharing with other people?”

The first image that came to mind was my face as it must look the minute I crawl out of bed after a slew of insomniac nights. That face isn’t pretty. But would signs of sleep deprivation show up in a photograph?

I recently attended a talk where the speaker, a photographer, posed a question to the audience. “If you took a series of photos of yourself going about your daily life,” she asked, “are there images you’d feel uncomfortable sharing with other people?”

The first image that came to mind was my face as it must look the minute I crawl out of bed after a slew of insomniac nights, when I’m feeling sleep deprived. (Bouts of insomnia are rare now, but they can still occur if I’m stressed out for several days.) The face I imagine isn’t pretty: furrowed brow; pained eyes; skin that’s inelastic, exposing crow’s feet and other wrinkles that show my age; mouth turned down.

I’m not the only insomniac to imagine the worst. Amy, a stay-at-home mom I interviewed for my book, is convinced after nights of insomnia that she looks like a mess. “I feel like I’ve got black circles under my eyes,” she says. “I feel like my whole aura is going to be sort of repulsive in the world. I don’t even want to go out the door I feel so icky.”

But would the icky way we feel after insomniac nights show up in a photograph, or are we just imagining we look so bad?

The Facts of the Matter

A study from Sweden and The Netherlands confirms that telltale signs of insufficient sleep can be read in the face. When people are severely sleep deprived (in this case, subjects underwent a short night’s sleep followed by a completely sleepless night), it shows up in their eyes, skin, and mouth, and as sadness.

The subjects in this study were probably way more sleep deprived than most people with insomnia. In fact, sleep deprivation may not be the real problem for some insomniacs at all.

Still, alongside other findings, this study adds to the literature suggesting that inadequate sleep not only jeopardizes our health and day-to-day functioning. It can also make us less attractive. (And who thinks this concern is superficial? Not me!)

The take-away? You’ve known it all along. Everything your mother ever told you about your need for beauty sleep is absolutely true.

Does your face look different when you’re short on sleep? How?