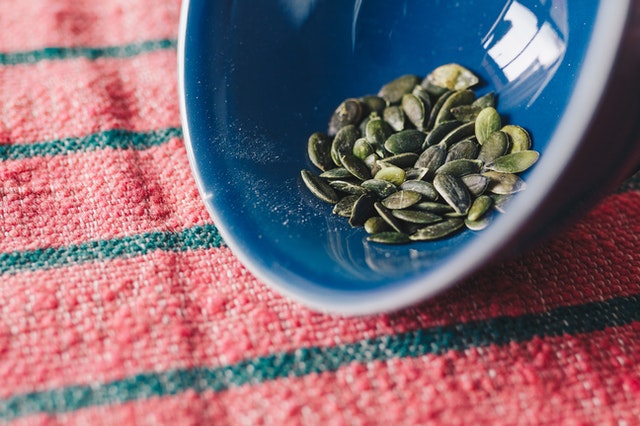 Let’s begin with a caveat: no organic sleep aid on the market has been shown to cure insomnia.

But if you like warm, nonalcoholic, caffeine-free liquids, and if drinking a beverage is part of your evening routine, you might be interested in trying Zenbev Drink Mix. Its claim as a sleep aid and alternative treatment for insomnia is based on a study showing that food bars made from the same ingredients significantly reduced insomnia subjects’ time awake at night.

Here’s more information about it.

What Is Zenbev Drink Mix?

It’s made from pumpkin seeds that are cold-pressed to remove the oil and made into pumpkin seed flour. The flour is then combined with dextrose (the sugar found in plants), rice starch (a carbohydrate), and guar gum (a binder–thickener); flavored with chocolate or lemon; and sold as a powder, to be mixed with warm milk or warm water. It’s touted as promoting “a natural and healthy sleep.”

Research suggests there may be grounds for this claim. Like other protein sources—turkey, fish, milk—pumpkin seeds are high in tryptophan, an essential amino acid. Tryptophan is a precursor to melatonin, a hormone secreted at night. Your melatonin levels start to rise a few hours before bedtime, which helps you fall and stay asleep. Tryptophan is also a precursor to serotonin, a neurotransmitter the body eventually converts into melatonin.

But tryptophan has to cross the blood–brain barrier to exert its sleep-inducing effects. It competes with other amino acids to cross that barrier, so a drink high in tryptophan alone would not have much effect on sleep.

Adding a carbohydrate to the mix might help. It would promote the release of insulin, inhibiting production of competing amino acids or diverting them into muscle. With less competition at the gate, more tryptophan would be expected to cross the blood–brain barrier and begin its conversion into serotonin and melatonin, in turn promoting sleep.

To test the effects of the pumpkin seed–carbohydrate combination on sleep, Biosential, the company that makes Zenbev Drink Mix, set out to conduct a randomized controlled trial, enrolling 57 people with insomnia.

The bars containing deoiled pumpkin seed and those containing pharmaceutical-grade tryptophan led to significant improvements in sleep, as reported by study participants. The bars made of carbohydrate alone led to some improvement, too.

Offering the results of a single trial as proof that a treatment works is better than offering no results at all. Yet the study would have to be repeated—with Zenbev Drink Mix instead of food bars—to substantiate the claim that this beverage can actually improve insomniacs’ sleep.

Still, enough evidence points to tryptophan’s helpful effect on sleep that Zenbev Drink Mix may be worth trying, especially if you’re looking for alternative treatments for insomnia and interested in exploring the idea that dietary changes might help. The product is sold in the United States, Canada, and Europe.

Previous articleTips for Better Sleep on the Road
Next articleMenopause, Insomnia and Pycnogenol