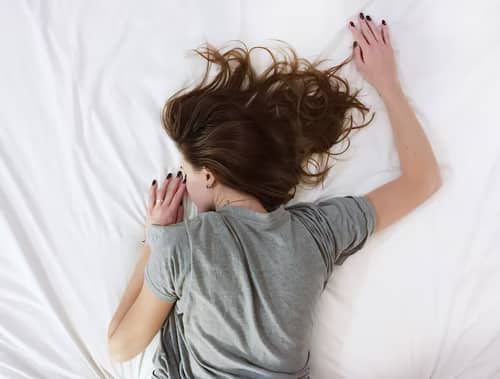 Would you wear a cap at night if it helped you fall asleep faster?

You may soon have the opportunity: the cap, a medical device for the treatment of insomnia, has received approval from the FDA, clearing the way for it to come to market.

“We are thrilled that the FDA has cleared the Cerêve Sleep System for treating people with insomnia,” sleep specialist and company founder Eric Nofzinger was quoted as saying in a press release. “The Cerêve System offers a clinically proven and safe alternative to pills, with the potential to help millions of Americans get to sleep fast.”

It isn’t just any old cap. This cap, made of soft plastic, comes with a software-controlled bedside device that continuously pumps fluid to a pad that rests against your forehead and cools the brain. You wear it all night.

I found out about the cap and the cooling process—called frontal cerebral thermal transfer—at a conference on sleep and sleep disorders in 2011. My first reaction was disbelief. Really? I said to myself. Now they’re proposing to cure my insomnia by sticking an ice pack on my brain? No way!

Despite my skepticism, I showed up for a poster session where Nofzinger was talking about results of clinical trials conducted on insomniacs who used the device at night. Patients responded positively, he said. “They describe it as sort of like a spa treatment.”

But what did wearing a cooling cap have to do with insomnia? I asked him. What was the relationship between the two?

“Insomniacs have too much metabolic activity in the frontal cortex,” Nofzinger said. “It’s very soothing to be able to settle that brain activity” by cooling the frontal region of the brain. “It’s as if your grandmother put a washcloth on your forehead.”

Something cold against my forehead sounded unappealing, I told him. I can’t sleep when I’m cold.

The temperature can be adjusted within a comfortable range of coolness, was Nofzinger’s response.

Origin of the Concept

Formerly, Nofzinger directed the Sleep Neuroimaging Research Program at the University of Pittsburgh School of Medicine. He and his colleagues studied neural activity in the human brain. What they knew from past studies was that the brains of normal sleepers are largely quiet at night: there’s not much metabolizing of glucose. But in functional brain imaging studies of insomnia patients, the researchers saw something different.

In insomniacs at night, quite a bit of glucose was being metabolized in certain areas of the brain, especially the frontal cortex (the part responsible for thinking, planning, and other executive functions). Excessive activity in the frontal cortex might be a biomarker of the hyperarousal believed to underlie insomnia, and decreasing this activity by gently cooling the frontal lobe might lead to sounder sleep.

Once the device was created, it had to be tested for safety and efficacy on insomnia patients. The first two studies were small and the main results were as follows:

A third much larger clinical trial—randomized and placebo-controlled—was conducted with funding from the National Institutes of Health. The caps were found to reduce the time it took insomniacs to reach Stage 1 and Stage 2 sleep, effectively helping them fall asleep faster. Regarding safety, Cerêve Sleep System was classified by the FDA as a novel, low-risk device.

Now that the FDA has granted its approval, what remains to be done is to ramp up production and roll out a marketing campaign. These things always take more time than you’d like them to, but as of now Cerêve expects to launch the product in the second half of 2017.

Previous articleCan Insomnia Be Caused by Dietary Supplements?
Next articleParadoxical Insomnia: What It Is & How It’s Treated