Scientists have never found a way to determine how much sleep each person needs, so judgments about sleep need remain subjective.

But there is quite a range in sleep ability, or how much sleep people report that they get. 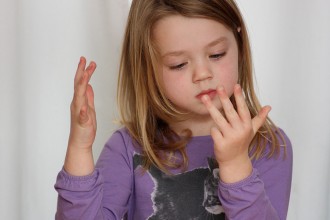 Just how much sleep is enough?

It’s every man for himself (and every woman for herself) when it comes to answering this question. Only you know how much sleep you need to feel rested and ready for the day.

But advice-givers for hundreds of years have offered prescriptions about how much sleep people need as if it were a matter of standard hygiene. Rinse your face when you get up in the morning. Brush your teeth twice a day. Wash your hands after using the toilet. Get 7 to 8 hours of sleep a night.

In reality, scientists have never found a way to determine how much sleep each person needs, so judgments about sleep need remain subjective. But there is quite a range in sleep ability, or how much sleep people report that they get.

What the Numbers Say

An average night’s sleep for me falls well below this, but I don’t worry too much about my mortality. I don’t care about the numbers as long as I wake up feeling pretty good.

Pronouncements About Sleep Need from the Past

How much attention did people pay to pronouncements like these when they were delivered? Who knows. What I do know is that when claims about sleep need sound prescriptive, you’re better off taking them with a grain of salt.

2 thoughts on “Countdown to a Good Night’s Sleep”